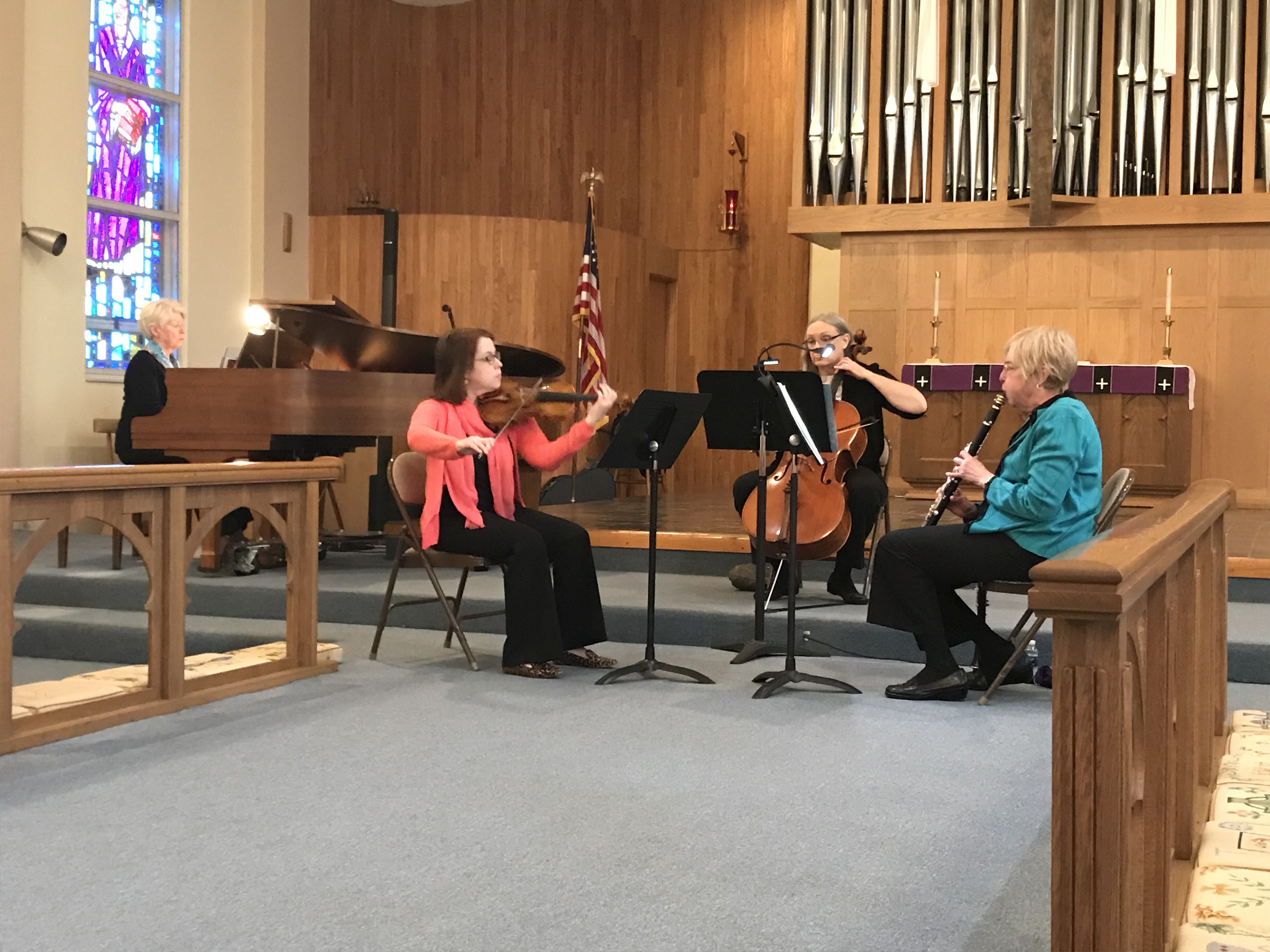 Meetings were held in members' homes, with larger gatherings held at the Methodist Church.  Later the Club met at the Royal Oak Women's Club, and since 1986, all activities have been held at Good Shepherd Lutheran Church in Royal Oak.  Royal Oak Musicale is not affiliated with any religious organization.

In those first years, meetings opened with singing of a patriotic song, followed by the NFMC Hymn of the Month.  Members volunteered to lead discussions on such topics as music appreciation, folk music, opera, and Women in Music.  Sometimes, meetings were devoted to a particular composer (Beethoven, Wagner, Schubert) with selected pieces performed by a member.

Throughout the years, interest groups were formed; including, Junior Club, Chorus, Madrigals, Bell Choir, and Drama Group.  The Chorus and Madrigals continue to be active.

Special musical galas were organized to celebrate milestone anniversaries, and it is our hope today that these special anniversaries will continue.

As part of the 50th Anniversary Celebration in 1974, Past Presidents formed the Student Aid Fund to offer Scholarships to high school seniors who planned to major in music at the college/university level.  Since 1974 over $209,000 has been awarded to 307 students.  Our annual March Fund Raiser encourages members and friends to contribute.  The most recent Scholarship recipients perform at our May Program.

Early contributors to the Student Aid Fund include Helen Andrews, Gladys Davis, Robert and Sylvia Leggett.  In recent years, Leland Maschmeyer has been a strong supporter of the Lillian C. Maschmeyer Memorial Award in memory of his beloved wife.

We thank Marilyn Lee for providing the information for Our Story.

We have been blessed with music in our lives, and we joyfully share it with others.

Do you have an interest in and a love of music? Join us today!